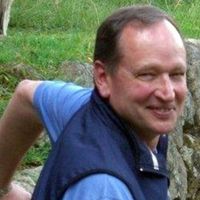 John Cook is a partner and director emeritus of McKinsey & Company. Mr. Cook has spent 25 years with the Firm, having completed consulting assignments across five continents. He led McKinsey’s Packaged Goods Practice, Food Retailing Practice, and the Firm’s Global Corporate Strategy Practice. He has led impact across a wide range of clients in a variety of industries, including consumer packaged goods, retailing, media, printing and industrial businesses.

Mr. Cook has played a significant role in helping clients with corporate strategy and governance, organizational design, and identifying, valuing, and integrating mergers and acquisitions. He frequently attended Board of Director meetings in an advisory capacity.

Mr. Cook also has held several line management positions. Early in his career he was in line marketing with Gillette and Procter & Gamble. More recently, he assumed the No. 2 position at The Kellogg Company for several years. While there, Mr. Cook played an instrumental role in turning around the company’s core business; acquired and integrated four high-growth strategic acquisitions; strengthened the company’s relationship with its major customers; and created a new innovation pipeline for the company’s R&D efforts. He led the creation of three new divisions that grew the Company’s top line by 30%; built a highly talented management team across the company; and doubled the company’s stock price.

Mr. Cook serves on the Boards of The Brown-Forman Company, Winona Capital Management, Chicago Public Schools (AUSL Turnaround Organization) and the Dean’s Advisory Board of the Ross School at the University of Michigan.

Mr. Cook was a Baker Scholar at the Harvard Business School, where he was given the Brown Award as the top marketing graduate. Prior to Harvard, he received dual degrees – with high distinction in business administration and with honors in economics – from the University of Michigan.