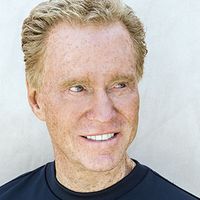 Dr. William (Bill) H. Comrie is known as one of the most successful retailers in Canadian business history. Among his many accolades and awards, he is an inductee in the British Columbia Sports Hall of Fame; has an honorary doctorate in laws degree from the University of Alberta; has a Lifetime Achievement Award from The Retail Council of Canada; is an Officer of the Order of Canada, which is the highest civilian honor bestowed on a Canadian Citizen.

As a retail pioneer, Dr. Comrie founded furniture chain The Brick Warehouse Corporation in 1975 following his successful turnaround of his family’s Alberta furniture store. Dr. Comrie expanded The Brick across Canada, taking the company public in July 2004. Prior to the public offering, he stepped down as chairman and CEO though not before personally distributing bonus checks totaling $45 million to his 6,000 employees as a way of showing his gratitude and appreciation to all those who helped him along the way for their hard work, dedication and commitment. Leon’s Furniture, The Brick’s largest competition bought The Brick and took the company private in 2013. Combining Leon’s $900m in sales and The Brick’s $1.5 billion makes it the second largest furniture company in the world.

Dr. Comrie was named Ernst & Young’s Canadian Entrepreneur of the Year in 2004. The Governor General of Canada also presented Dr. Comrie with one of the highest awards a civilian can receive, an Officer of the Order of Canada, on February 9, 2007. This award recognizes outstanding achievement and service in various fields of endeavor for one’s country. The Retail Council of Canada presented Dr. Comrie with The Lifetime Achievement Award on June 2, 2008. This award recognizes retailers who dedicate their lives to the betterment of retail in Canada.

An avid sports fan, Dr. Comrie was a member of the board of directors for the Edmonton Eskimos Football Club of the Canadian Football League for six years. He also owned the San Diego Gulls of the International Hockey League from 1993 to 1995. Dr. Comrie also took over the BC Lions Football Club in 1992. The bankrupt football team, which had a record of only three wins and 15 losses and had been averaging 14,000 fans per game, won the Grey Cup in front of a sell-out crowd of 59,000 fans in BC Place two years after his takeover.

Dr. Comrie served on the board of directors for Nova Corporation of Alberta and for Junior Achievement. In addition, he was a member of the Young Presidents’ Organization, the Alberta Cardiac Institution Strategy Council, and the Edmonton Police Foundation. Dr. Comrie is also deeply involved in charity work, including Stollery Children’s Hospital Foundation, Mazankowski Alberta Heart Institute, and the Super Novice Hockey Tournament.