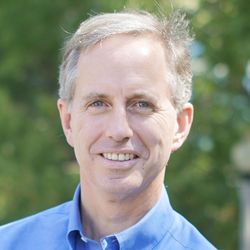 Previous to 1995, Matt worked in the Boston Consulting Group’s Chicago Office, where he managed consulting and client teams on projects in the telecommunications, health-care and financial services industries. During and after college, Matt worked for Bankers Trust in Merchant Banking as well as Merrill Lynch and U.S. Trust.

Matt has been honored by Crain’s Chicago Business on its annual “40 under 40″ list of leading Chicagoans under age 40, named to the AlwaysOn Top 100 VC’s in the US list and as one of the most prominent members of Chicago’s technology community. Matt has keynoted or been a panelist at over 70 area conferences and events nationwide. He has served on the advisory on numerous regional high technology advisory boards. Matt is the author of a popular venture blog, VCConfidential.com. He is also a founder & trustee of the McCall Family Foundation, focused encouraging social entrepreneurship and global human/women’s rights.